Shortly after its successful debut in 2002, the Porsche Hemmingen-based model line was tasked with expanding the Cayenne range. In 2004, Oliver Laqua, the Cayenne’s vehicle project manager, was commissioned to design a more sporty and aggressive Cayenne. The young engineer got straight to work on the project, code-named “Roadrunner.” Laqua initially had a particularly lightweight vehicle in mind — and the rest, as they say, is history. HOUSE Automotive is proud to be a part of this history by providing comprehensive repair and maintenance services to all Porsche models, including this marvel of the modern GTS vehicle. 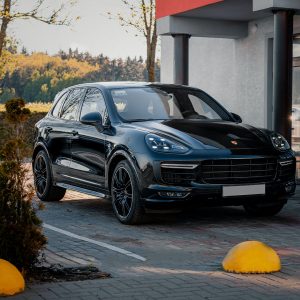 A V8 Engine and an Exclusive Chassis Setup

The new GTS was powered by a naturally aspirated V8 engine. This engine delivered 405 hp (294 kW), making the Cayenne GTS the most powerful Porsche SUV at that time. To make the car more agile, the axle ratio was shortened from 3.55:1 to 4.1:1, and a six-speed Tiptronic S with sportier shift points was available as an option. For the first time, the Porsche Active Suspension Management (PASM) controlled damping system was used in tandem with steel suspension technology – a concept previously available only on two-door sports cars. 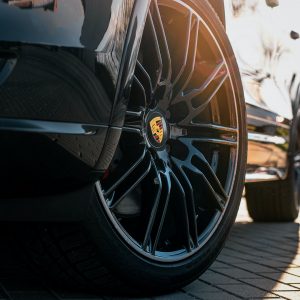 A Design Fine-Tuned By Walter Röhrl

Two-time world rally champion Walter Röhrl put the E1 prototypes of the first Cayenne generation through their paces on the infamous Nürburgring-Nordschleife and on icy tracks in the Arctic Circle to help Porsche fine tune its chassis systems. The Monte Carlo Rally winner’s skill and experience had a profound effect on the all-wheel-drive system’s setup. Röhrl was also intricately involved in developing the first Cayenne GTS. 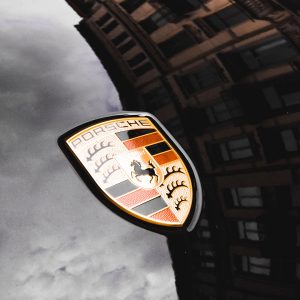 A Sporty Look With a Powerful Sound

The Cayenne’s more athletic off-road capabilities were revealed by the larger air intakes and prominent rear end, both based on the Cayenne Turbo, as well as the wheel arches, which were enlarged by 14 mm to allow for 21-inch wheels with 295/35 tires. The black window surrounds, door handles and trim above the B- and C-pillars emphasized the sportiness of the new model. The chrome-plated twin tailpipes of the sports exhaust system added to this effect, and their sound could be intensified with the Sport button on the center console. 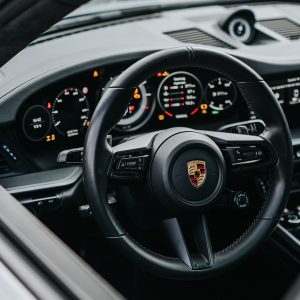 The Cayenne GTS variants’ popularity with consumers is as strong as ever: in 2021, some 10% of all Cayenne buyers in Europe and North America selected a GTS model, and the proportion was considerably higher in Germany’s home market, at 16%. HOUSE Automotive is proud to have been a part of this enduring legacy, and looks forward to continuing to provide the best possible Porsche service in Pasadena for all our clients.

The Porsche Cayenne GTS has come a long way in 20 years, and HOUSE Automotive has been there every step of the way, providing top-notch Porsche service in Pasadena. We look forward to continuing to serve our community for many years to come. Schedule your service today!

Schedule a Free Consultation Learn More About Our Services