Porsche has long been synonymous with the harmonious combination of speed and handling, leading the way as the premier manufacturer of sports cars around the world. As trends in the automotive industry began to emphasize consumers’ desires for crossover and sport-utility vehicles (SUVs), Porsche continued as a pioneer in embracing this transition. The Porsche Cayenne is a marvel of ingenious and masterful automotive engineering, and its history may be even more spectacular. Reach out to HOUSE Automotive today for any information or service needs for your Porsche, and as you read, dive with us into the story behind the Porsche Cayenne’s speed. 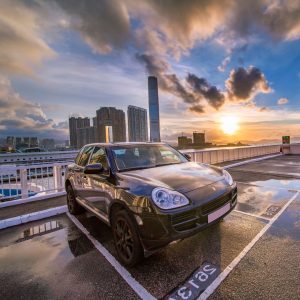 From Sports Car to SUV

The recipe for the success of all Porsche models is a masterclass in engineering and design. With a history of craftsmanship that revolves around speed, acceleration, and maneuverability, the challenges in the development of a sport-utility vehicle for the modern age were embraced by the iconic company. Porsche added a beefed-up V8, 4.5-liter engine that included features such as VarioCam technology and integrated dry-sump lubrication, allowing for optimal performance for the new demands presented by this transcendent model. 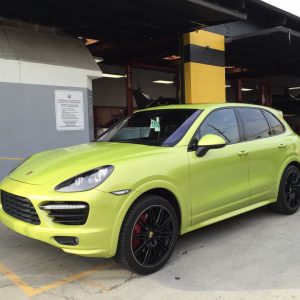 In 2006, only four years after the Cayenne’s debut, Porsche unveiled the Cayenne Turbo S, which at the time became the second most powerful road-approved Porsche behind the Carrera GT sports car. This new Hemmingen-developed model line boasted an astounding 514 horsepower, a mind-boggling time of 5.2 seconds from 0-100 kmph (62 mph), and a top speed of 168 mph. At this point, Porsche had not only entered the conversation of the top SUV on the market, but it was also setting the industry standard. 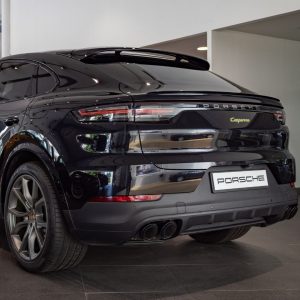 To be a true sport-utility vehicle, the Porsche Cayenne could not only be judged based on its performance on the asphalt. The Cayenne Turbo S incorporated engineering feats that made it an ideal vehicle for off-road use as well. Porsche Active Suspension Management was first featured in the Cayenne’s inception, and in the Cayenne Turbo S, it was offered as standard along with air suspension. This increased the vehicle’s ground clearance to 27.3 centimeters, and in addition, Porsche introduced its largest brake system ever included in a series production vehicle to date. 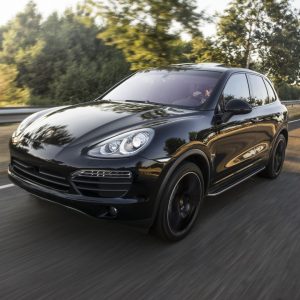 In 2021, Porsche introduced the Cayenne Turbo GT, which, with 631 horsepower, has been self-titled as a “Supersport Utility Vehicle.” New engine options were also added with the Cayenne GTS 399 hp and Cayenne Diesel 237 hp. With the fully functional hybrid study, Porsche also ventured a glimpse into the future of electric advancements. Needless to say, the future is, as always, very bright for Porsche and the ever-evolving Cayenne models.

HOUSE Automotive specializes in servicing Porsche models in Pasadena, and we are committed to providing service that matches the level of luxury of a Porsche. All Porsche models require specific tools to maintain them, which is why we use equipment straight from the factory to maintain them. If your Cayenne or other Porsche models need service or attention, schedule a free consultation with us today.